Ever have something that you just felted you need to share. Well here it goes. Last night I was watching a new episode of a TV series that recently started its second season here in the states. It is called “Rizzoli and Isles”, where Rizzoli is a police detective and Isles is the corner. Both good friends, and yes being male I think both are attractive (even if a bit too skinny and lacking in curves). While not surprised I am a bit disappointed at what happened in one of the side stories of last night's episode. I have 2 main bones of contention with what happened, and some minor ones.

Part of the side story was that the detectives brother came home, just released from prison. In one scene it was brought up that her dog had been constantly licking its paws. She was not at all concerned with its behavior but her brother was (at least someone noticed). He wanted to take it to the vet to get checked, she could hardly be bothered. I felt that the pet owners lack of concern was bad. 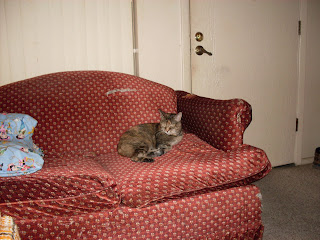 Later in the show she received a call and had to run to intervene with what happened. Her brother had taken the dog to the vet. There being a bit of a hot head he was arguing with the vet, one issue was the price of the check up. After stopping the fight she offered to pay asking how much. When told $300 she started yelling at the vet. 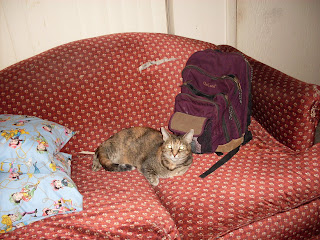 There is several very good reasons why it costs so much. First being a litigious society here in the states, every one wants to sue. The new American dream get rich by suing some one, any idea of what malpractice rates are. Second school ain't cheap they have earned their degree like any other professional more so than some. Third pets are part of the family now, the care and equipment borders on what a human gets. When I took Girl in for her first visit she desperately needed to have several teeth removed. It cost me just over $600, they had to put her under. A charge for EKG (they have to pay for the machine somehow), anesthesiologist, and so on. Just the same as if I was put under for surgery. Disappointment # 1 no support for the fine veterinarians taking care of our loved ones.

The other part of the argument carried on through out the rest of the show. According to the brother the doctor called the dog crazy. He wanted to put it on Prozac for depression. They both thought it stupid that the dog might have emotional issues. Again a serious subject treated lightly. The only voice of reason, other than the vet was Isles the medical examiner. She brought up information and statistics on the issue.


This is something I am very familiar with. Animals can have emotional issues, due to stress, neglect etc. Over grooming and other symptoms can be either physical or emotional and not to be taken lightly. Again I turn to Girl as my example. Girl is my special needs kitty. After listing to me describe the problem and a routine exam my vet agreed with me. We believe that Girl is having issues with stress. We both feel that is why she only uses the litter box to poo. I have found a way to deal with it, providing her with the help and support she needs. 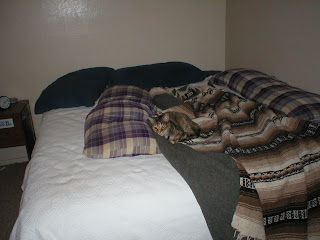 This was disappointment # 2, that this common problem was taken so lightly. As I mentioned before the subject was mentioned a few more times through out the remainder of the show. Finally at the end, during a gathering of family and friends, another officer noticed that Rizzoli's mother was feeding the dog chicken. He asked if it was constantly licking its paws, then informed them that some smaller breeds have allergies to chicken.

Now while the dogs health issues were resolved, they missed out on the greater good that could have been achieved. A lot of animals are abused, abandoned and put down due to such issues. Many healthy pets that could be happy with the right care, treatment and love. Ones such as Girl who pees outside of the box, needs her own place to eat and who spends a lot of time hiding away from the others. Still she has lots of love to give. I just wish there was some way I could get this message to those involved with the show. At least I was able to get it off of my chest and share with you. Thank you for listening to me rant.

On a different note something else I just have to share. During the night if I have to get up for any reason before I can get back into bed I have to turn on the light for a second. The reason for this is to make sure I do not lay down on top of a cat while I crawl back into bed. Sometimes they shift positions while I am gone. Last night when I did it this is what I saw. Normally I will have 3 maybe 4 in bed with me. What made this special is not only is Girl in bed but also Squirrel has joined us. With the usual 3 Pretty, Ugly, Martian already there TJ also joined in making 6 total. I just had to stumble out and find the camera. I know the bed is a mess etc, etc, what do ya want I am a bachelor after all.