﻿ ﻿ Some times every just wants to lay down in daddy's lap. Just yesterday I was sitting on the couch with my feet on the coffee table, when TJ climbed up and got into my lap. After a few minutes Mizz Purrzzy came by and propped her two front paws on my legs. She was looking to get on to my lap, she would walk away and come back every couple minutes to see if it was clear. Lil' Bit came from the recliner across the end table to the arm of the couch, checking to see if my lap was clear. She too would wonder away and come back several times. Occasionally both were just sitting there staring at me, wanting me to do something about the situation. Both wanting some lap time.

Mizz Purrzzy is a bit more diplomatic about it, she waits until I am sitting with my feet on the coffee table then will prop up with her front legs to see if its available. Sometimes she will come up and meow or just look at me until I invite her up. If Lil' Bit is already in my lap she will get up and leave, and Mizz Purrzzy will take her place. Otherwise Lil' Bit is on the arm waiting for her chance.

TJ (Tom Jones, “M” named him) might get a name change to NMK (NOT My Kitty). He supposedly belongs to the people out back, but thinks that this is his home. He will come to the front door, pick at the screen until I let him in. I keep telling him, “Not my kitty”, he doesn't pay any attention. Once in he believes it is time for petting and attention. Once in my lap he does not like to leave. I can pick him up, put him down next to me and before I can stand up he is back in my lap. Passive resistance all the way, limp and difficult to move.

With all the other cats around Squirrel has not had much chance to play lap kitty. She avoids the others. In the last couple of weeks she has started to come around wanting in my lap more often, mostly when I am on the computer. 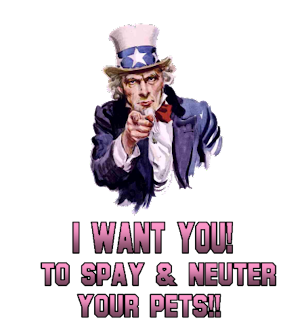 No pics of them in my lap, hard to do by myself. But here some of each of them. By the way I have opened a store on Zazzle of cat related images etc. I did this to help me pay to feed them. I plan on adding to it as time goes by. Check it out and let me know what you think. There is also a link in the column on the right.